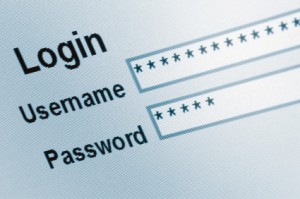 Parents must know that their teens and tweens spend a lot of time watching TV, videos and movies, playing video games, reading, listening to music and checking social media, but do they know just how much time their children are spending every day on media?

It’s a constantly changing world. Digitally, your tweens and teens are in that world a lot more than you think.

A landmark report released by Common Sense Media finds that teenagers (ages 13-18) use an average of nine hours of entertainment media per day and that tweens (ages 8-12) use an average of six hours a day, not including time spent using media for school or homework.

If this surprises any parent, than you need to know bring your head out from all your busyness and understand what your tweens and teens are doing digitally and the amount of time they’re spending.
Although there is a digital equality gap between low-income kids who are less likely to have access to computers, tablets and smartphones than their wealthier peers, low-income kids who have digital access are more likely to spend more time on their devices than kids from more affluent families. Nevertheless, youths do spend a great deal of time with media.

Online videos, mobile gaming and social media have become very popular, watching TV and listening to music continue to be the media activities tweens and teens enjoy the most and do most often. Mobile devices now account for 41% of all screen time among tweens, and 46% among teens.

The study finds that devices are finding their way into study time for teens and tweens. Notably, at least half of teens say they often or sometimes watch TV (51%), use social networking (50%), text (60%) and listen to music (76%) while doing homework.

When it comes to social media alone, 13 year-olds check their accounts and texts a minimum of 100 times a day!

And that’s just checking their social media. The nine hours a day that tweens and teens spend on media is more time than they spend sleeping, or spending time with their parents. Those nine hours do not include time spent using media at school or doing homework.

The worst of social media

It’s frightening how much time kids are exposed to social media on a daily basis. The digital world which includes social media is 24/7 and shapes your children’s life in every way.

The Common Sense report, the first large-scale study to explore tweens and teens’ use of the full range of media is based on a national sample of more than 2,600 young people ages 8 to 18.

While that’s not a sampling of all teens across the country, understand that kids in this age hroup are adddicted to the Internet, social media and their digital devices.

There are definite gender differences when it comes to media habits of teens and tweens. Boys generally choose Xbox while girls choose Instagram.

Despite all the new media that is available to tweens and teens — everything from Instagram to YouTube to Xbox, tweens and teens still rank watching TV and listening to music as the activities they enjoy and do every day.

Consider these stats: 53% of tweens — kids 8 to 12 — have their own tablet and 67% of teens have their own smartphones. Mobile devices account for 41% of all screen time for tweens and 46% for teens.

Tweens and teens prefer texting than having a conversation in person or looking somebody in the eye. This digital addiction removes empathy and can cause a real problem for our youth when it comes to how they will deal with society and human relationships and how they are evolving in a social, emotional context.