"Founder and CEO Ross Ellis was walking down the street when she heard teenage boys talking about a terrorist in their class, She asked them about this and they said their classmate was a terrorist because he wore a turban. She explained to them that people wear turbans because of their culture and that did not mean they were a terrorist.
That's when Ellis developed National Culture Week."

The focus of this initiative is to spark a conversation among youth about the need to change the culture from one of cruelty to one of kindness and inclusivity. National Culture Week provides an opportunity for youths to share and learn from each other’s diverse cultural backgrounds and experiences ...not judge them because they look different.

Register now for Culture Week 2022! You can look forward to more schools and celebrities to make our National Culture Week and "Culture Shock" event even more impactful!

Registered schools are invited to participate in our
livestream Culture Week Panel.

The goal of the livestream panel is to be the catalyst for an online conversation as well as calling on schools and communities throughout the country to not only join the live stream discussion, but to continue the discussion throughout the week. 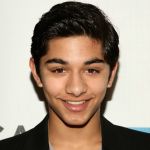 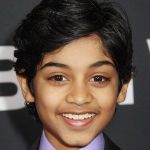