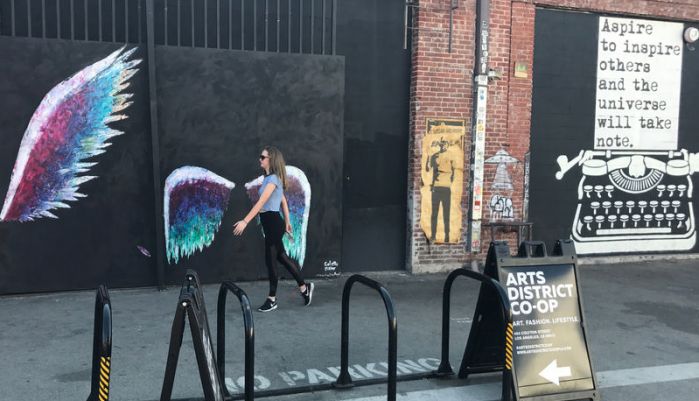 Seena Brown is 14 years old and a freshman at a public high school near Los Angeles. Unfortunately, she has been dealing with bullying in schools in a big, and very real, way. She had been verbally and physically bullied and stalked for some time. Her bullies even told her to kill herself. At 10 years old, she felt suicidal.

Luckily she got into therapy -- skill therapy, one on one, educational therapy. She learned that she didn’t care about these people anymore. She got strong and she started doing much better. Yet she had another demon. Her digital obsession.

Like many people her age, she has become addicted to social media. She loves Kendall, Kylie, Gigi and Bella and tried to measure up to their Instagram pictures on a daily basis. However, this behavior and constant comparison made her feel stressed, obsessed and depressed. She was obsessed with YouTuber @GraysonDolan and admitted, “He doesn’t even know me!” She ended up unfollowing and un-liking him to help combat her obsession.

And the feelings weren’t just limited to celebrities on social media. She found herself depressed about parties she wasn’t invited to. She became less and less excited about her own life and stared at her phone screen all day long.

Seeing what other people were doing on social media became her hobby, her obsession and her drug. She wasted so many hours worrying about what other people were doing, how they looked, how she looked. She felt better looking away from her phone, but also didn't dare look away either. Because what if she missed something? What if she found herself left out?
​
Soon, Seena realized she was missing something already ... her own life. How many experiences had she missed out on because her phone was her obsession?

She said she doesn’t know exactly, but she knows she missed out on a lot. The day came that she decided she didn’t want to miss out on any more.
​
So, in January 2018, she gave up her iPhone for a year by choice and got a flip phone instead, therefore starting The Flip Phone Challenge. When I asked Seena what made her think of giving up her iPhone she told me that, “Ed Sheerhan did it” (the musician) and she loves him.

Wanting to make it official, she wrote a contract, called her parents into the kitchen and asked them to co-sign her contract. They were shocked (did an alien take over their daughter’s body?) Ultimately, they were so proud of their daughter’s decision to make this life-bettering choice.

Now she’s asking her friends, and strangers, if they could survive 365 days – are they up to the #FlipPhoneYear challenge? If they are, Seena asks them to sign the contract below. 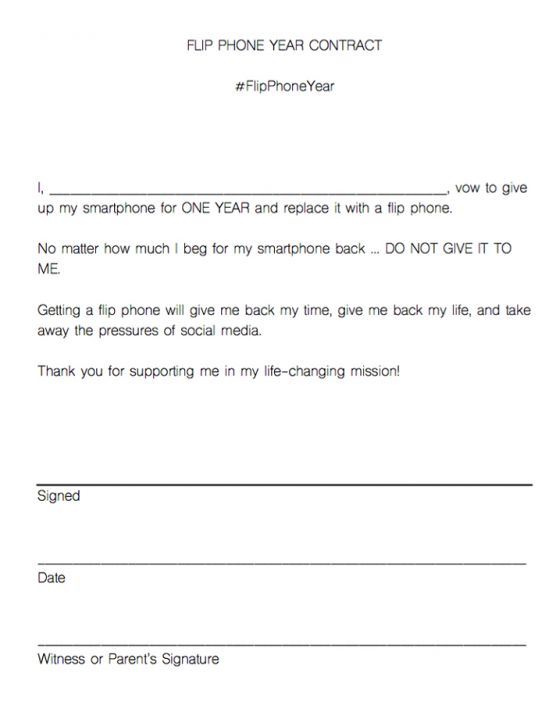 She told me some of her friends think it’s cool, while others say her flip phone is so ugly. Someone told her they were so sorry that was her phone. She told people not to be sorry as it was her choice. AT&T had only one kind. The AT&T store employees helped her put her contacts from the iPhone to the flip phone, but everyone in the store was shocked that she was making this switch.

Despite some negative reactions about her switch, she was determined to promote The Flip Phone Challenge and its benefits. She even went on Ryan Seacrest’s radio show to promote it, urging people to take the challenge.

Part of giving up a smart phone means taking away her constant access to social media. This means taking a break from her obsessions while also taking a quietly proactive stance against cyberbullying. When Seena talks about cyberbullying, she encourages kids not to give power to others, saying, “You have to believe in yourself!” 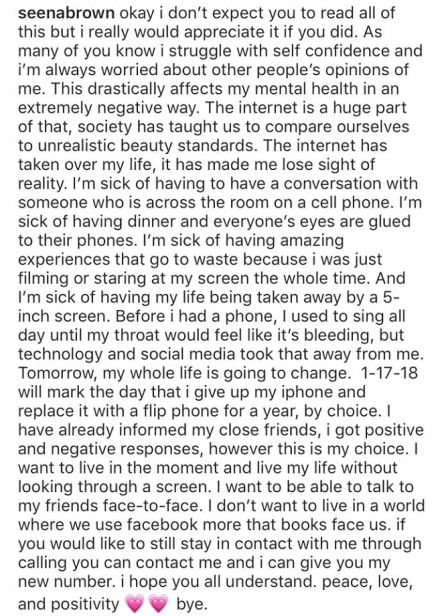 Seena is hoping that many kids will accept her challenge.

At STOMP Out Bullying, so are we. Did you know that kids check their social media a minimum of 100 times a day? Imagine what wonderful things you can do with all that time you save. Take Seena’s challenge and see how much your life can change!

Check out the blog about it here for more information: https://www.flipphoneyear.com/blog/

The National Day of Racial Healing is Tuesday, January 17, 2023