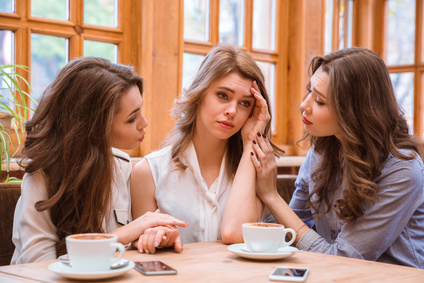 Today, more than ever, it is critical for kids and teens to understand how and why sexual harassment and assault is wrong, and why teens must “SPEAK UP” when it happens.

Harassment doesn’t exist in just adult workplaces. It’s happening among our youth and we are doing little to nothing about it. This needs to end now!

You have control over your own bodies and have the right to say NO!

Kids and teens you can no longer continue to keep quiet. When you report sexual harassment and abuse, you stop it for yourself and others!

Have each other’s backs! Be supportive of one another! Sexual harassers and abusers must be held accountable.

We’ve all heard about those in the entertainment industry who have sexually harassed and abused women and even men, which has brought out reports of abuse and harassment in just about every industry there is.

Sexual harassment and abuse is an abuse of power.

It's important to understand that the abusive use of power which is learned behavior, starts at a very young age.

The #METOO campaign on social media caught on very quickly with millions of women coming forth and telling their stories of sexual harassment and abuse.

In 2016, a group of Boston high school students staged a walkout to protest daily sexual harassment and violence they experienced at school. Girls reported being called “bitch,” “whore” and “slut” in class. Boys catcalled and groped girls in the hallways.

Boston students were not alone. Colorado, girls from a sex-segregated Jesuit high school walked out to protest severe online harassment from boys at their school, including rape threats on Twitter and jokes about sexual assault. Two boys from the school were actually suspended after the protest.

Sexual harassment and violence permeates our middle and high schools. Girls endure sexually crude jokes about their bodies, receive unwanted texted photos of private parts, are tormented by sexual rumors … some are inappropriately touched against their will and some are completely violated by rape.

While the sexual harassment and abuse mainly affects girls, it can affect boys as well.

All of this negatively affects our youths’ academic success. Students report trouble concentrating in class. They can’t sleep. Some students suffer from depression and fear going to school.

And it’s not just happening in our middle and high schools, but it has been well documented as taking place on college campuses.

Colleges began seriously tackling sexual violence when collegiate women started speaking out. Middle and high school students can and should Speak Up and Speak Out too!

These stories and pervasive acts are all too common in the lives of our students. Most go underreported, just like they did for years in Hollywood and the corporate worlds – until recently.

Sexual harassment and abuse go underreported due to:

We must take sexual harassment and abuse seriously! This is not a fact of life, it’s not boys will be boys, and no one should accept this treatment.

It begins with sexist jokes, demeaning language and catcalls and can grow into more abusive behavior.

Kid and teen sexual harassment and abuse does not discriminate. It affects youth from rich backgrounds, poor and in between. It affects youths of every race and religion, as well as LGBTQ+ and transgendered teens.

If you’re a teen or middle school-aged student, learn about teen sexual harassment and dating at stompoutbullying.org.

Start The Conversation! Change the Culture for Kids and Teens!

Don’t think it can’t happen to you. Sadly, it can. And not just by your peers at school, but by adults who take advantage of youths.

We’ve heard of teachers who have sex with their students, men at construction sites catcalling when teen girls pass by, and other adult situations targeting youth. All of this is wrong!

Take the stand that Hollywood took at the Golden Globes by standing in solidarity.

Do not fear reporting it. Do not be ashamed. You did nothing wrong!

Girls need to take the attitude of “I’ve got your back” and stand together against sexual harassment and abuse.

You’re worth it! Stand Up and Speak Up! Report it!

Use these hashtags throughout your social media to add your voice!