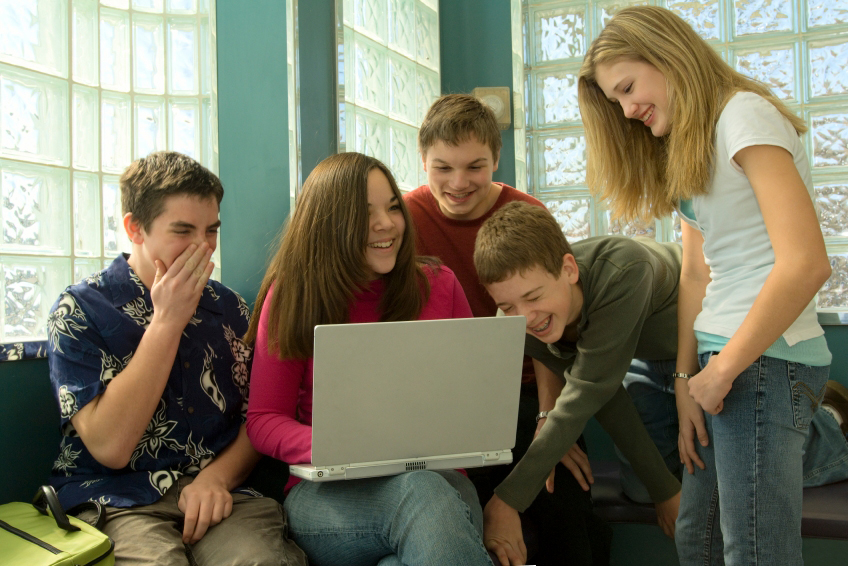 Cyberbullying is online harassment! It is social terror by technology and it’s on the rise.

When a kid of any age, up to 18 is threatened, humiliated, harassed, or humiliated via use of technology --- this is Cyberbullying - a form of digital abuse. It’s harmful and can be dangerous!

This social online terror is used through e-mail, cell phones, pager text messages, instant messaging, Web sites, online personal polling Web sites. It is done by kids deliberately and repeatedly and is used by an individual or group with the intention of harming other kids and teens.

It’s cool to use technology to talk to your friends and make new ones. While most kids use the Internet responsibly, others are using all of this technology to terrorize and Cyberbully!

Cyberbullying is the perfect way for bullies to remain anonymous.

Cyberbullying makes it easier for bullies because they are not face to face with their target(s.)

Kids gang up on their victim in text wars or text attacks. They send hundreds or thousands of text-messages to the victim's cell phone or other mobile device, resulting in a large cell phone bill and angry parents.

Be sure to copy all of these texts and the number they are coming from. Then block them! If the texts were threatening in any way, tell your parents so they can report it to your phone provider and if necessary to law enforcement.

Texting or Warning Wars kicks someone else offline for an extended period because ISP's offer a way of "telling on" a user who uses the Internet for inappropriate behavior, remarks and language.

- A kid may create a screen name that is very similar to another kid's name but add or remove an extra vowel. Then they use the screen name to say disparaging things to other users while posing as the other person.

By using web sites to post other kids photos, videos and their personal information (such as phone numbers, address, etc.) to humiliate them, the kid who is the target could be in great danger.

They give the name, address and phone number of the victim to make the hate group's job easier. They might even send a message to someone posing as the victim, saying hateful or threatening things while masquerading as the victim. And they often alter a message actually from the victim, making it seem that they have said something horrible.

Have your parents contact the Internet Crimes Department of your local law enforcement agency.

Cyberbullies may sign their victims up for numerous e-mailing and IM marketing lists which creates mass emails for the victim. They even sign them up for inappropriate sites.

Blogs damage other kids' reputations and Invade their privacy. Sometimes kids set up a blog or profile page pretending to be their victim and saying things to humiliate them.

By stealing someone’s password to lock them out of their own account, to change his/her profile and write sexual, racist and disparaging remarks about them, to chat with others pretending to them, or for any other reason is wrong!

Kids use Internet Polling to create more rumor! Asking who's a Slut? Who's Not?

And kids poll to answer. This is cruel, harmful, it’s cyberbullying and it’s wrong!

When playing interactive games you’re able to chat and talk live on the Internet phone with anyone you find yourself matched with in a game online. This is not an area where anyone should be verbally abusing anyone, using threats or lewd language. It’s also not appropriate to lock others out of games, pass false rumors about them or hack into their accounts.

If you think kids couldn't possibly be this cruel – Think Again! It happens all the time!!

Some reports of Cyberbullies are as young as 7 or 8 years-old.

Even if you don’t like someone, or you think they’re different, there is still NEVER any reason to bully another person online or in any other way.

The best choices you can make are to:

What To Do If You are Being Cyberbullied

Never respond to harassing, negative and threatening responses about you