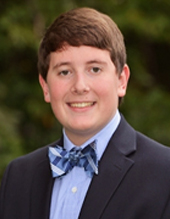 Alexander Levy is a freshman at Washington University, School of Engineering.

An avid golf, tennis and squash player, Alex is also an "accomplished" actor, having received the "best supporting actor" award for his dual roles in "A Christmas Carol." He loves traveling the world and has been to over 17 countries on four continents.

For Alex, the bullying started in his previous school in 5th grade. It began when a larger kid at his school threw him into a wall, injuring his neck. Even though he brought the matter quickly to the attention of his school, the school failed to take any action. In addition to continued physical bullying, it also involved verbal, emotional, and social bullying. The bullying not only affected Alex, but it affected others. Unfortunately, the administration at his previous school continued to ignore his pleas and refused to take action. Luckily for Alex, it was nearing the end of the school year, and he was able to get through his last few days, and switch schools in the fall for 6th grade.

By 6th grade, Alex's life was seemingly back to normal. Unfortunately, it would not last. As it turned out, a similar problem arose in his new school, which resulted in an incident where his arm was broken by aggressive, bullying behavior. Fortunately, this time, Alex’s new school and friends understood the nature of the situation and knew how to react in a proper fashion. The administration and his friends quickly stepped in and supported him to the point where a sense of normality returned, and lasted. In fact, he was so supported that, in 8th grade, at the urging of his friends, Alex ran for and was elected president of his middle school.

Alex wants all kids who are being bullied or who have been bullied to know that that it does not and should not have to define who you are. Alex never gave up hope - deep down inside he knew no matter how many times he was knocked down he would get back up. While it might not always seem this way, especially when you are hurting and feeling alone, someone is always watching out for you. Friends, family, support organizations, will be there for you.

He spoke to the Greenwich, CT Town Council on what it's like to be bullied as a student and how adults can help. Alex also appeared on the "Today Show" on behalf of STOMP Out Bullying talking about students can deal with and overcome bullying.

Alex became involved with STOMP Out Bullying™ through his father and sister's volunteer work. He looks forward to bringing the program to more schools and to helping those who have been bullied and spreading the message of both organizations. He wants to help as many people as possible so nobody has to go through what he has overcome. He wants people to know that all actions, whether they be physical, verbal, emotional, social or through social networking, can have serious ramifications. They can really hurt people. He feels that the best way to spread this message is through these life-changing organizations.