On May 10th, 2018, STOMP Out Bullying had the pleasure of partnering with the United Federation of Teachers at the Middle School Anti-Bullying conference in New York City.

STOMP Out Bullying offered two workshops to students about being an upstander and inclusion. 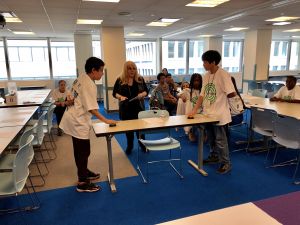 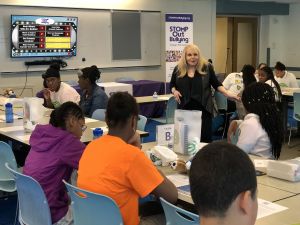 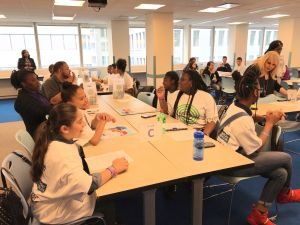 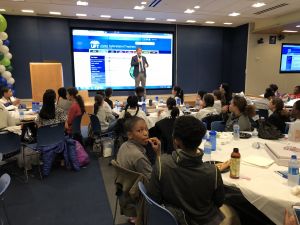 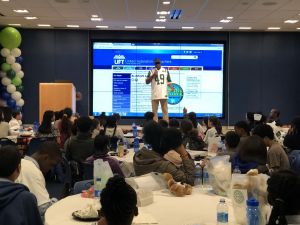 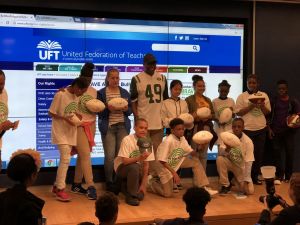 Students were educated about changing the culture, being uptanders as the solution to the problem, and inclusion for all. To get the students excited, we presented a game of 'Family Feud' with topics on bullying and cyberbullying.

Additional workshops were about role play to learn how to de-escalate tough situations; learning tactics for how best to deal with on-line bullies; taking part in self-esteem and character-building exercises to be less susceptible to peer pressure.

The day-long conference was sponsored by the United Federation of Teachers, STOMP Out Bullying. Municipal Credit Union, the New York Jets. the NYPD  and the New York City Department of Education.

The keynote speaker was former All Pro Jets Fullback  Antonio “Tony” Richardson who talked about life as the son of a soldier and what it meant to always be the “new kid” at a new school as his family moved around the world. Richardson retired in 2016 as one of the best fullbacks of all time, but never forgot the bullying and awkwardness he felt as a child. Tony is a part of the STOMP Out Bullying/NY Jets Upstander program and  is determined to help young people turn the tide against bullying.

Schools in attendance were: