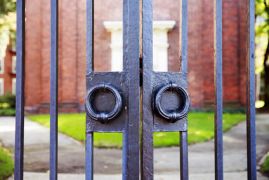 A few weeks ago, ten students blew their acceptances to Harvard University by posting horrific and insensitive memes on Facebook. The memes reported by the campus newspaper, the Harvard Crimson, mocked rape, child sex abuse and the Holocaust. Some joked that it was sexually gratifying to abuse children, while some targeted racial and ethnic groups.

Why anyone would even think that these subjects would be funny is incomprehensible.

Once Harvard officials learned of the messaging group, they informed the offending students that their admission offers were being rescinded

One would think that college bound students would know better than to be so incredibly insensitive knowing that rape, child abuse and racial slurs are not funny. Obviously, these ten didn’t think they would be caught, and certainly didn’t think their acceptances to Harvard would be revoked.

Was this being funny? Was this caused by the lost civility in our country?

So many lessons to learn here.

· Think before you post
· College admissions officers and future employers are looking at your social media posts
· Is your post really funny or is it a slur and insult to others? What is your goal for this and is it worth it?
· There are consequences for your actions whether online or in person

It’s important to know that once something goes on the Internet, it stays there. Of more critical note, is learning to be responsible online.

Your virtual exposure must be a priority. Most colleges and many employers have social media policies in place. They determine what is out of bounds according to their guidelines.

It’s fairly obvious that the ten offenders never considered that Harvard has these guideline in place, nor would their college career be affected. If they apply to other colleges…it’s likely that they might not be accepted due to their irresponsible online behavior.

Students may be book smart to get accepted to Harvard, but many don’t have the common sense to smart on the Internet.