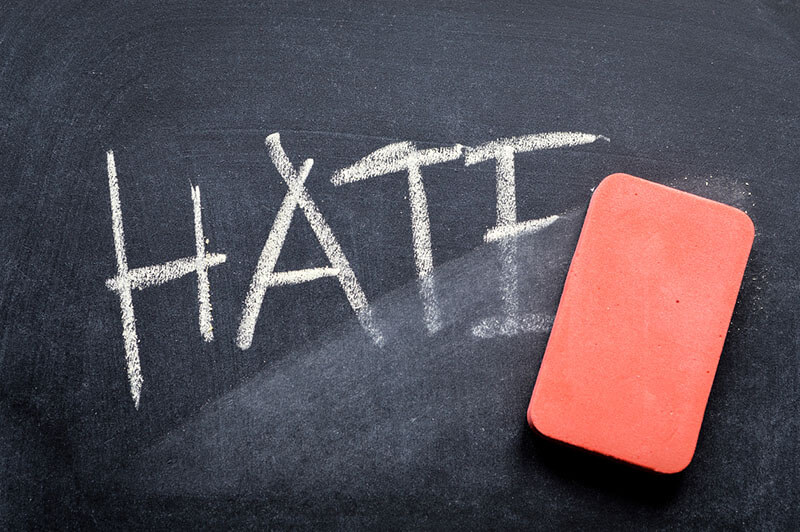 In light of the horrendous Christchurch shooting in New Zealand, we thought that it would be crucial for us to address the concept of hate speech. News articles say that the shooting was partially motivated by hateful messages online, so it’s clear that getting in front of issues like hate speech, hate crimes, and bullying is becoming increasingly important in order to possibly prevent future horrific crimes like this.

But before we can help to prevent hate speech online and in the world, we have to understand what it is and why it’s so dangerous. Here’s what you need to know about hate speech.

What is Hate Speech?

Hate speech is commonly defined as:

speech that attacks a person or a group on the basis of attributes such as race, religion, ethnic origin, national origin, sex, disability, sexual orientation, or gender identity.

In the U.S., there is a lot of controversy and debatearound hate speech when it comes to the law because the Constitution protects the freedom of speech. The lines between having a “right to say anything” and hate speech can become increasingly blurry, especially in the age of cyberbullying and harassment in the real world and online.

Why is hate speech so dangerous?

Currently, the U.S. has no concrete law that addresses or prevents hate speech. Sometimes the law may get involved if the hate speech is perceived as a genuine threat to harm, but most of the time there’s not a lot anyone can do legally.

However, just because it isn’t technically considered a crime in the U.S., that doesn’t mean that hate speech doesn’t influence society.

Some have argued that inflammatory public speech increases before outbreaks of mass violence, which could suggest that hate speech is a precursor or even a prerequisite for violence.

There are some historical incidents that seem to suggest this is true. For example, prior to the Holocaust, Jews were commonly referred to as rats and vermin by the Nazi party. Before the Rwanda genocide in 1994, Tutsi people were referred to as cockroaches.

Words, name-calling, hateful phrases, casual racist comments - they all have an impact, especially if those words become convincing to a large number of people.

What can we do to prevent hate speech?

One of the ways we can fight hate speech is by speaking up about equality, inclusivity, and diversity. Some refer to this method as counterspeech. The more we can undermine hate speech with loving words, logical arguments, and truth-telling, the more that hate speech will begin to lose its power.

Another method that can combat hate speech is education. When it comes to bullying, cyberbullying, harassment, and hate crimes, the more people are educated on these issues, the more we can prevent them in the future.

There is no cure for hate speech, but there is a way to stand up against it.

Speak out against hate speech - fight racism and bigotry with love, empathy, compassion, and strength. We may not be able to eliminate hatred entirely, but the more steps we can take to educate and support human beings, and speak out against injustice, the better this world will become.