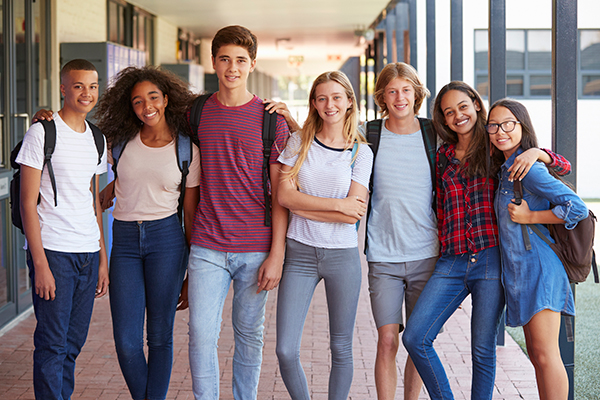 Suicide was the second leading cause of death among teenagers ages 15-19 in 2014 according to the CDC. Youth are much more likely to think about and attempt suicide if they are depressed, according to the Surgeon General. These stats are saddening and cause us to feel more strongly than ever that it’s time to put an end to behavior that could worsen or exacerbate this kind of action.

While suicide can happen due to a number of factors including mental illness and other issues, and we absolutely cannot place the blame of suicide on actions such as bullying, bullying is still a problem.

Bullying and cyberbullying can be immensely detrimental to the psyche of kids and youth. All in all, it’s time to stop bullying and use resources that teach teens how to deal with their issues and experiences around bullying.

STOMP Out Bullying created the HelpChat Line as a safe haven for kids and youth who experience issues with bullying and cyberbullying. The chatline is free and confidential and can be used by youth ages 13-24. The chatline also provides support for youths who may be at a risk for suicide.

Youth who are going through a rough time due to the effects of bullying and cyberbullying can use the chatline to connect with trained volunteers who can help support them without judgment. Our counselors have been specially trained to assist teens who are feeling distressed as a result of being bullied, and to respond to all requests for emotional support.

The HelpChat Line has been incredibly effective in aiding youths who experience bullying or who may be at-risk for suicide. Since the chatline has begun:

This resource is invaluable for teens who may not feel comfortable enough to speak up to a parent or counselor yet, but wish to get help confidentially from another trusted advisor such as our trained volunteers.

In an age of copycat and suicide contagion, spurred on by such unfortunate examples as YouTube star Logan Paul and glamorized by such Netflix shows as 13 Reasons Why, it’s more important than ever that we provide these resources to kids and youth.

It’s essential that we start the conversation about how to deal with bullying, how to stop bullying, and how to respond to harassment appropriately and safely in a digital world.

As Ross Ellis, founder of STOMP Out Bullying, said in her post about keeping teens safe in a digital world, “Don’t be judgmental if your teen has a problem or wants to discuss something that makes them feel uncomfortable online. If they think you’ll take away their devices or internet access they won’t come to you. Educate teens about being digitally responsible. If they wouldn’t say something to someone’s face, they shouldn’t say it online.”

As a parent, you can help stop bullying by starting the dialogue and keeping it going. Let your teens know about the STOMP Out Bullying HelpChat Line and remember, the most important thing you can do as a parent is understand the digital world and educate them as well as them provide all of the resources you can to help your teens with anything they might be dealing with.