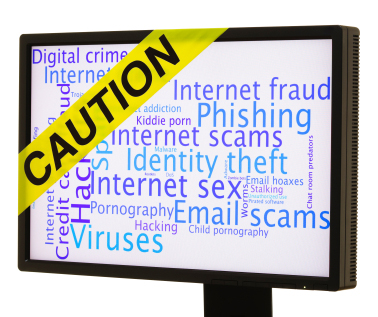 Cybercrime as defined by Techopedia, is the criminal action in which an Internet-connected device/computer is either the object of crime (eg. remote hacking), or the primary tool used to commit a digital crime (eg. cyberbullying).

Cybercriminals seek vulnerable devices in order to steal personally identifiable information (PII): name, date of birth, Social Security numbers, and medical data. This information is especially valuable to cybercriminals, as it can be sold, shared, or used online for malicious purposes.

Cyberbullying is an intentional, aggressive and repeated behavior that involves utilizing digital technology and the Internet to create an imbalance of power or strength.

3 Reasons why cyberbullying is so common

What tactics do cyberbullies use?

Cyberbullies use a number of strategies designed to physically and digitally harass others.

Physical Bullying- Imagine a school bully that utilizes their physical advantage such as height or strength, to establish power through intimidate or physical contact (hitting, beating, and antagonizing).

Digital Bullying- As discussed above, cyberbullies use the Internet to establish control and power over others with anonymity. One of the most commonly discussed tactic is trolling. Trolling is when hurtful comments or insults are shared in order to provoke an anticipated response. However, there are many different types of cyberbullying include outing, fraping, dissing, and trickery.

Unfortunately, cyberbullies find an outlet on social media. In fact, a new poll from The Associated Press-NORC Center for Public Affairs Research and MTV finds that because of this, about half of both young people and their parents view social media as having a mostly negative effect on the younger generation.

What are the Warning Signs of Bullying and Cyberbullying?

For more information and other great topics on the subject, consult our parents page on Stomp Out Bullying.

Tips to Stomp Out Cyberbullying

Update all Internet-connected mobile devices, computers, and gaming consoles.
Regularly updating or enabling automatic updates on devices is highly recommended. You should also keep the machine clean and secured. While you’re in the system preferences, make sure all privacy, security, antivirus, and parental settings are customized to the primary user. If the primary user is a young child or teen, consider parental controls that allow you to monitor and disable their apps, wifi usage, and device.

Teach Responsible Digital Citizenship
You shouldn’t hand over a device without having conversations about digital responsibility and safety first. Work with the child to teach them how to browse and communicate online safely. It’s important to do this before gifting them an Internet-connected device. Preparing children with the information they need and giving them expectations you’ll enforce provides  them with a path to earning the privilege. Note: at this time you should also discuss and reinforce the importance of communicating the issues they are facing.

Educate Kids and Teens on Privacy Policies and Online Restrictions
Most parents are not aware of online restrictions and privacy policies for kids and teens. For instance, apps such as Facebook, Twitter and Snapchat restrict users under the age of 13 from using their sites.

Get Involved
On November 1st, we observed the inaugural National Block It Out Day (#BlockItOutDay). An initiative of STOMP Out Bullying, the goal of this day is to block negativity from our digital lives and, by doing so, end cruelty, homophobia, LGBTQ+ discrimination, racism, hatred and online violence. In 2017, STOMPOutBullying reached over 2.5 million people who blocked out the negativity. This year we celebrated on November 8, 2018, helping almost 3 million block out the negativity. We know that bullying is an ongoing battle, so do your part and get involved and consider joining STOMP Out Bullying #BlockItOutDay 2019 on November 14, 2019.